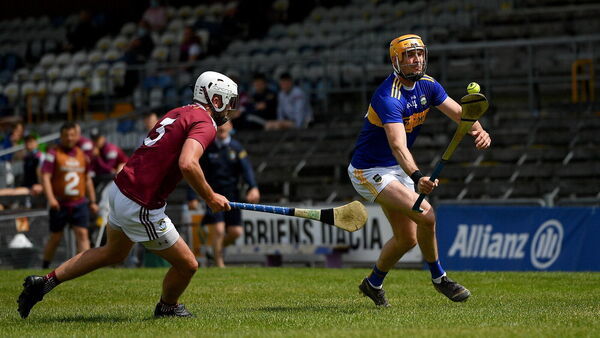 A game that went pretty much as you might expect, Tipperary winning at their ease and Westmeath looking for nuggets of hope and solace anywhere and everywhere but a scoreboard that ran away from them early on.

Tipp could have played fast and loose but they tightened up after hitting a string of wides before the first water break and gave very little way at the other end. Add in a hungry and effective bench and it was a profitable and pleasant enough afternoon.

Liam Sheedy named an experienced core for a road trip that was always going to be well within their compass. Ronan Maher and Seamus Kennedy were rested but Seamus Callanan came in for a first appearance of the campaign.

Most of the afternoon was hurling by numbers for the All-Ireland contenders, the visitors vastly superior in pretty much every way possible, but 70 minutes rarely passes without some flick or score taking the breath away.

As when Noel McGrath provided a bit of flash and light relief when beating two opponents to a ball down the touchline and skirting round the back of Westmeath’s stationary manager Shane O’Brien while doing it.

The bainisteoir was well able to see the lighter side of that.

It was, though, another tough day for a county that had shipped 30- and 33-point defeats already in this league, Westmeath again proving that the tactic of overloading bodies at the back is an imperfect option given the problems that it creates further up.

Time and again they lamped long balls into an outnumbered forward line. Most of them were of poor quality and those that weren’t were still liable to come straight back down the field. Westmeath managed two points in a row just twice and only then in the last stretches.

For Tipp, the worst thing to happen was a straight red card, and the one-match ban that will come with it, for wing-back Robert Byrne who took exception to Joey Boyle’s decision to prevent quick line ball by jabbing him in the back with the stick.

Tipp never blinked, unlike Westmeath who shipped 2-4 in the spell after half-time when defender Darragh Egerton was sent to the sinbin. That decision was harsh and not least the awarding of a penalty for what was deemed a goal-scoring chance.

All it did was magnify the gap that bit further. An undefeated Tipp roll on.