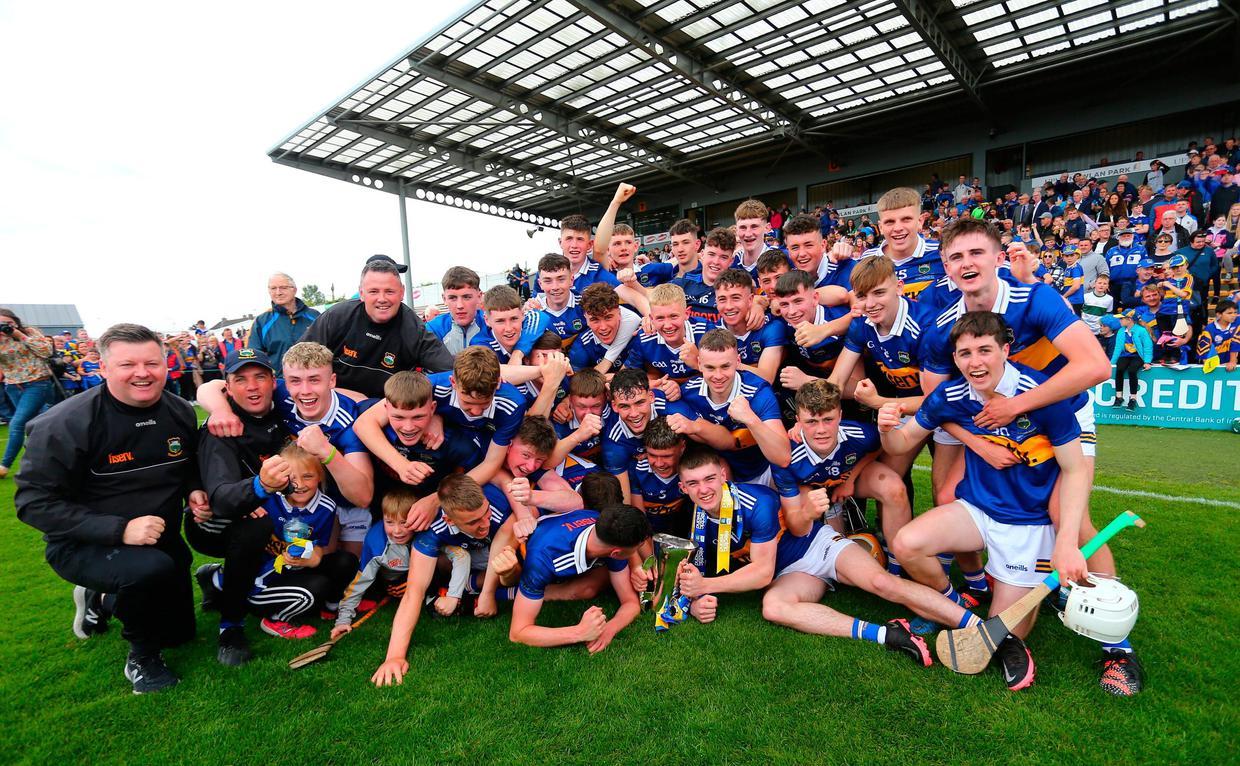 James Woodlock's troops looked dead and buried when Adam Screeney's 62nd minute free sent Offaly four ahead but points from Darragh McCarthy and Aaron O'Halloran left them in with a chance as time ticked down.

Then, McCormack flicked a late free to the net in the 64th minute to hand Tipp their first minor crown since 2016 as Leo O'Connor's Offaly dropped to their knees in disbelief after one of the most dramatic finales in living memory.

A rip-roaring first-half saw the two sides share the first six points as they were level on three occasions in the opening minutes with Damien Corbett looking particularly lively up front for the Premier.

Offaly skipper Dan Ravenhill and ace attacker Screeney fired over a free apiece to open up a two-point lead but Tipp had a mini purple patch and sent over the next three points.

Tom Delaney sent over a beauty from play followed by a Corbett free before Adam Daly fired over a savage score from play having made an excellent dispossession just seconds before, 0-6 to 0-5.

Offaly were wasteful in front of the posts with eight first-half wides but they put the after burners on before the break to outscore their neighbours by 1-4 to nil from the 22nd minute onwards.

Conor Doyle started the blitz with an over the shoulder effort before Screeney jinked his way into space to send over a Joe Deane-esque point.

It got even better for the Kilcormac/Killoughey flyer when he sent a sweet point over off his hurl before clubmate Daniel Hand hit his third point of the half to open up a three-point lead.

The roof nearly came off at the Kilkenny venue when leigh Kavanagh excellently fired to the net in the 31st minute and it could have been even worse for Tipp before the break with Cathal English making a goal-saving block on Niall Furlong just seconds later.

The Faithful led 1-10 to 0-7 at half-time but Tipp fired the opening three scores from Joe Egan and Corbett (one free and a '65) to cut the gap to three before they opted not to take handy point from a free seconds later.

Instead, Corbett passed it short to Egan and his goal-bound shot was excellently saved by the boot of Offaly goalkeeper Liam Hoare. The ball was recycled and ended up with a rousing Offaly score at the other end as wing-back Donal Shirley ended a 10-minute spell without a score.

Shirley then turned provider for an beautiful Screeney point but Hoare again came to the rescue at the other end when saving at point-blank range from Paddy McCormack to deny another goal.

Shane Rigney added another point to leave them six ahead once again, 1-13 to 1-10, and there was still six between in the 54th minute when Tipp lost Corbett to a straight red having seemed to throw his hurl at Cathal Robinson when through on goal.

Screeney tapped over the free but Tipp defied playing with 14 men and finished the last 10 minutes much the stronger and outscored Offaly 1-5 to 0-1 with McCormack providing the killer touch at the death.