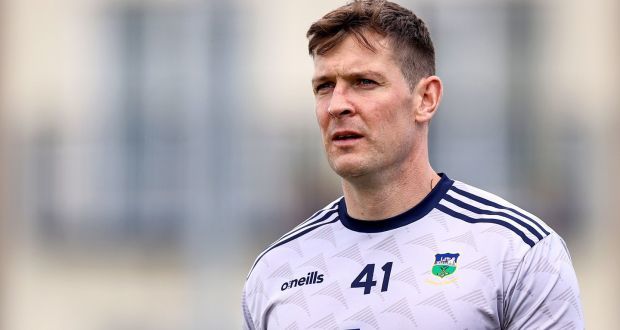 Transition may be underway but Callanan, McGrath and the Mahers remain key

Back in September 2010 it looked like Tipperary hurling would never know another poor day. Six days after bringing Kilkenny’s five-in-a-row bid to an emphatic halt, Tipp’s under-21s savaged Galway to win the All-Ireland under lights in Semple Stadium.

Galway had pushed back at having to play the final as an away fixture during what became an All-Ireland festival but relented, maybe choosing their battles, as the venue wasn’t going to make much difference unless located in a parallel universe.

Tipp won by 25 points and given that no county is happier to catch a wave, the crowd were comfortable declaring it a sort of hurling year zero, the beginning of their own “drive for five”.

Seven would start winning senior finals and five already had but they also provided a core of players, who are still involved, as Tipp head to Waterford this weekend with a chance of league success if they win.

Pádraic Maher, Brendan Maher, and Noel McGrath all started the 2009 All-Ireland senior final. Séamus Callanan, who was a year too old for the under-21 success, was also on board and a fifth Patrick “Bonner” Maher would be still there but for the latest in a miserable run of injuries.

Callanan, Hurler of the Year in 2019, made his return from injury in last week’s romp against Westmeath. At 32, he’s hitting the blocks for a 14th championship season.

In 2008, Michael Ryan – who took charge for the 2016 All-Ireland win – was a selector on Liam Sheedy’s original tour of duty. Their mission was to make Tipperary competitive at the top table, meeting the prevailing standard, which essentially meant matching Kilkenny.

“There’s been a core five fellas who have had great longevity. I know Bonner Maher’s picked up a serious injury but he would be playing,” says Ryan.

He says that no-one could really have forecast such longevity.

“No, no, you couldn’t. Anyone can pick up a career threatening injury. As a group they’ve been really lucky but also incredibly dedicated. They’re living proof of the impact of the periodisation of training (arranged into blocks of varying intensity in order to optimise performance for specific events).”

He remembers the first sightings of Séamus Callanan.

“Séamie Callanan was a tall skinny lad just out of minor. You couldn’t lay a glove on him. You literally couldn’t get near him and that’s how he trained. He was so good on his feet and really quick. He hasn’t lost any pace, which is unusual. That’s a deal breaker. Once the pace goes, you have to adapt your game.

“He came into us as a bright minor. The expectation was not that he would play championship; you wouldn’t put that burden on a young lad – just bring him in and see how he goes. In fact Liam had come up against him at club level and knew of him there.”

Callanan’s progress to becoming one of the star forwards of the last decade wasn’t uncomplicated. He lost his starting place between 2009 and 2010 and was drifting when the 2010 coach Eamon O’Shea took over as manager – with Ryan again as selector – and made a project out of rehabilitating the player.

“You’ve got to recognise,” says Ryan, “that he ticked so many boxes and terrorised so many defences that he always got ‘attention’. Always at club level and every level, the dark arts of pulling and dragging – what else could you do with a fella like him?

“I was at a club match in Templemore and some of the stuff he was doing was off the charts. Off the charts – you’d be going, ‘ah stop!’ Can you do it then at county against the best defenders?

“He could, as it turned out but it wasn’t though a road without turns. He had to earn it. Séamie would have been hurt – disappointed is probably a better description – that he didn’t make the 2010 team.”

The others haven’t known that sort of adversity – where faith in your ability falls to the point of non-selection – but apart from Pádraic Maher who is apparently indestructible they have had serious injuries, Brendan Maher, and illness, Noel McGrath.

There has been collective adversity. As a team they never quite got to the level of domination that had been expected of them. The county still hasn’t won back-to-back All-Irelands since the 1960s and it took 10 years to accumulate three All-Irelands and give their record a more representative look.

Manager Liam Sheedy has retained nearly all of last year’s panel despite a disappointing defence of the All-Ireland won in 2019. There has been speculation about succession and the availability of two All-Ireland-winning teams at under-21 and under-20 from 2018 and ’19.

Asked recently was this a vote of confidence in or a statement of intent from the group, Brendan Maher, the 2016 All-Ireland-winning captain, agreed.

“One hundred per cent, yeah. I think to fall out at the quarter-finals last year was very disappointing. A puck of the ball from Aidan Harte in the last couple of minutes was ultimately what knocked us out, so I suppose we felt as if we underperformed in the championship as a whole.

“Ultimately that is why we have the bulk of the group back with a couple of additions as there is every year with changes but yeah, absolutely, we believe that there is a group there that are capable of winning an All-Ireland and ultimately that is what we are setting out to achieve.”

To the sceptical, the problem is current champions Limerick from whom Tipperary have have taken formidable beatings in the past couple of years.

The conundrum central to this is the old one. Are the established players still good enough and are their places even threatened by the rising generation? Their status is highly rated and acknowledged by Ryan.

“Paudie Maher is another who set high standards, almost Roy Keane-like in his obsession but look, that’s what it takes. Every one of those players is exceptionally hard-working and honest. Exceptional players are not accidents.”

Replacing exceptional players is a matter of timing, judging the exact point when a younger generation can step in without undermining the team.

In the league to date, Sheedy has used 10 of the under-21 and under-20 teams from two and three years ago. How many though are likely to be there when the championship starts?

Last year Brian Hogan, who was goalkeeper on the 2019 All-Ireland team, and Jake Morris, who was a regular in 2019, plus a couple of others made championship appearances.

“Going back to the current crop,” says Ryan, “we would like to see more of those players but we’re not at training and don’t know how they’re training so we don’t have the inside track but that doesn’t diminish our expertise one bit!”

He’s wary though of the idea that, for the most successful generation in Tipperary since the 1960s, the current season is the equivalent of the film cliché of ‘getting the gang together for one last job’.

“Of all the motivations that one is built on egg shells. I would resist anyone saying that they’ll give it one last year. The minute you’re in that time frame, for me – get out, you’re done. Good luck. You’ve put a time limit on yourself.”